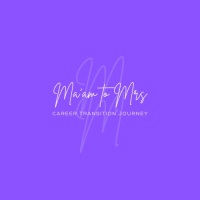 A career transition journey from Military to Civilian

Happiness is a habit – cultivate it.

I am determined for this year to be my best one yet. For the last few years I’ve been overweight, generally unhappy and with no sense of direction or purpose. During this new resettlement period things had to change. If I was going to be happy, be there for my family and truly enjoy this next chapter in my life, I needed to take a good hard look at myself. This wasn’t going to be easy, change never is.

I have chosen 3 habits that I wish to change from a negative to a positive. The first being exercise, the second being my diet and the third being my brain chatter. Below I’ll go through how that’s been going so far and what I’ve done to change the negativity.

During the first COVID-19 lockdown we were lucky enough to borrow a spin bike from the camp gym. I downloaded and registered for the Peloton App (they were doing a 3-month free trail at the time). I used the bike and the app every day and managed to lose some weight. I felt better about myself. Once the lockdown was over, the gym took the bike back and it all stopped, the routine was gone and I couldn’t replicate it in the gym no matter how hard I tried. As we were missing our 10th wedding anniversary, I managed to convince my husband to buy us a Peloton bike for our return to the UK. I could tell he was skeptical – was this going to end up being a clothes-horse?

Thankfully no! I won’t lie, I’ve found it hard and I’ve been unmotivated at times, but now it’s the end of April and I feel quite safe to say that I now get up Mon-Fri at 0550 to ride the bike and listen to the positive motivational chats that the instructors have. I can feel my self belief growing and know that it’s ok to not be hitting the same numbers as the 20-something year old instructor who is way smaller than me – I am there and I’ve showed up and stuck at it. I really can’t ask for more. I’ve signed up for various challenges on the App and have either hit them or I haven’t – the good thing (for me) is that I no longer berate myself for not reaching an unreasonable challenge and end up not getting on the bike for weeks on end. I now simply shrug it off and continue. This is something I would never have been able to do previously to me starting this journey of positivity.

Of course there are other ways to do this that don’t cost as much as a Peloton and the App, but this is something that I’ve found works for me and I can’t praise it enough. Our two boys even have their own accounts on it and will happily cycle for 30-mins on a scenic route, whilst doing some arm work with the weights! We also do workouts as a family in the living room. We do cardio, strength, pilates and yoga together, which we wouldn’t have done previously and more often than not the boys are happy to help me out by doing it with me.

I’ve mentioned previously that we’ve already bought our ‘forever’ home up in the North East. There are some lovely walks in the vicinity of our home and we’ve all started taking walks on the weekend. I’ve found this to be great for blowing out the cobwebs, getting some quiet time or even to catch up on the kids’ news.

Whilst I’m not where I want to be weight or exercise-wise and there is more intensive exercise I could be doing, I’m happy with this slow start and am glad that I’m finding enjoyment in exercise again as it doesn’t hurt and I’m not being sick because I can’t keep up on a run, putting me off for weeks at a time. In the meantime, I’m going to continue to grow and build on the work I’m doing and improve my overall fitness in a happy way.

I joined Noom in January. I’ve tried all sorts of diets and methods and fads over the years, which have all worked to varying degrees but have never stuck. I really wanted something that would help me to change habits and thoughts, so I thought I’d give this one a go as a last ditch effort. I didn’t care if it took all year to lose the extra weight, I just wanted to feel happy and content that I was doing the best that I could and to stop feeling so bad about myself every time I ate something ‘bad’.

I wasn’t sure what to think when I first started, but I soon realised that Noom was much more than another fad. The daily lessons are fantastic at making you think about and question your thoughts and decisions. It’s not even so much about the food for me – I eat quite healthily on the whole, it’s the way it makes you aware of what you’re doing and why your doing it.

You make a SMART goal each week with your coach, who then checks in on you to see how you’re getting on and there’s a group chat where you can put in details from the lessons you’ve completed – or ask questions and get motivation from your group mates.

Again, it’s helped me to gain confidence and has explained a few things to me in a way I can process it which has definitely made me make different choices. Again, I’m not yet where I want to be, but I can see the differences that are being made and I am sure I’ll get there eventually – no matter how slowly, as long as I’m feeling positive, I’m feeling happy. One of the boys said he could see a difference in my belly the other day, which was such a kind thing for him to say so I’m also happy about that even though I can’t see it myself.

The running theme through this has been the negative brain chatter that so many of us are in constant battle with. The one that tells you you can’t do something, you’re useless, there’s no point in trying etc. I could go on, but I don’t want to reintroduce them!

This has got to be my biggest problem. Forget the weight (for now), if I can’t get a handle on this, then It’s always going to be there just waiting for that moment of doubt or weakness so it can pounce and take hold, undoing everything I’ve been working so hard towards. So this was going to be my main demon to get past (and keep out).

I’ve downloaded audiobooks on habits and positivity but by far the most effective thing for me has been the Headspace App. It’s been an absolute revelation to me and I use it religiously every evening before bed. I’ve competed a few courses – in particular the self-esteem and confidence courses, where I actually found I was smiling by the end and have never slept so well afterwards. I also use the Sleepcasts to drift off to sleep. I find that the stories and sounds are a real benefit to stop the chatter that so often shows up when you’re trying to relax in bed. I’ve very rarely reached the end of any of them.

To keep these three areas in the forefront of my mind, I’ve removed all other apps from the first page on my phone and left the Peloton, Headspace and Noom as the first one’s I see whenever I open my phone and it seems to work motivation-wise.

So these are the three areas of my life that I am trying to change to a positive. I’m not there yet and I’m not sure when I will get there, but I am so much happier in the positivity I’ve got now compared to where I was only a few months ago.